After the completion of the railroads came the disappointing interlude when the prophetic utterances of great dreamers and spielers became questionable. The economic structure emerged from the fog of makebelieve, showing but a percentage of reality as to business and tonnage. The reduced flow of the railroad workers’ wages didn’t cover the gap and the unbelievable blight was on. Our family returned from the ranch on Agency Plains to the Hotel business [in Madras]. Papa had grown tired of hearing the roosters crow! 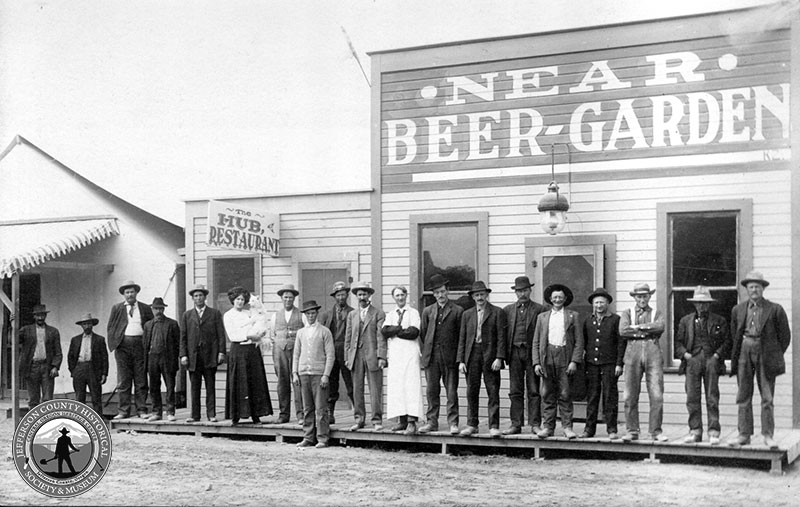 The saloons faded out one by one. You could look through the cracks in the wall of one foot boards that made up the bull pen back of each saloon without seeing more than one drunk laid out among the debris after being ejected from that branch of society. These were selected customers, the bum ones having been ejected through the swinging doors by the bartender, who gave bits of advice, straightened his false sleeves, and returned to business.